Ramadan is a blessed month of spiritual joy and blessings. It is also a key month in which we should go even further to help those most in need. it is our basic humanitarian duty to assist by providing food, especially during this blessed month when the rewards of giving are multiplied. Providing food for those in need should be seen as a privilege and a blessing.

Every Ramadan, we provide food security to thousands of families in need across Tanzania.

Families who are struggling to survive, their needs are accentuated during this blessed month when they might not have even basic foodstuffs for suhoor and iftar. Your support means the poorest and most vulnerable can share in the blessings of this precious month by having sufficient nutrition and by not having to worry about opening or closing their daily fast with.

The Ramadan food pack includes a range of essential items and is designed to meet a family’s nutritional needs for the entire month. They include the impoverished, the elderly and disabled, orphan families, those displaced by conflict and refugees. 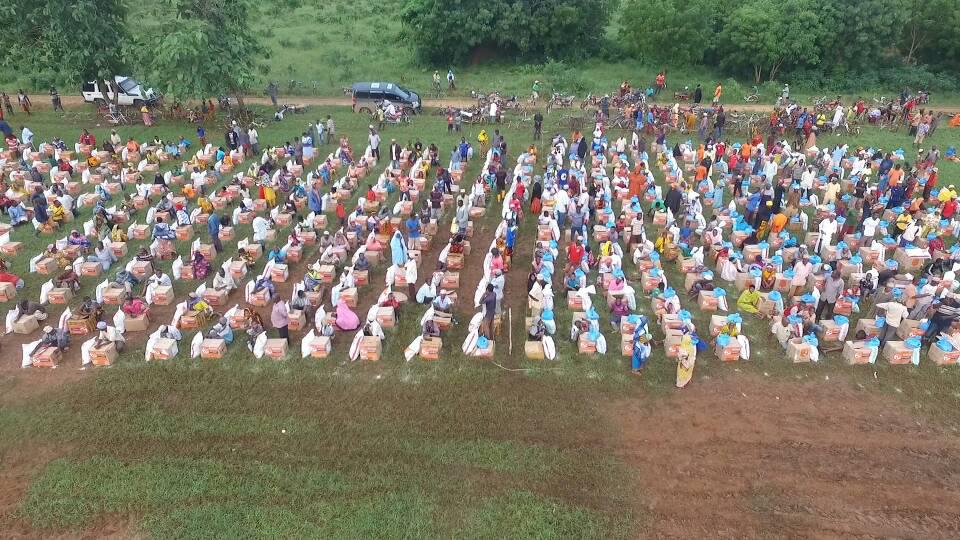 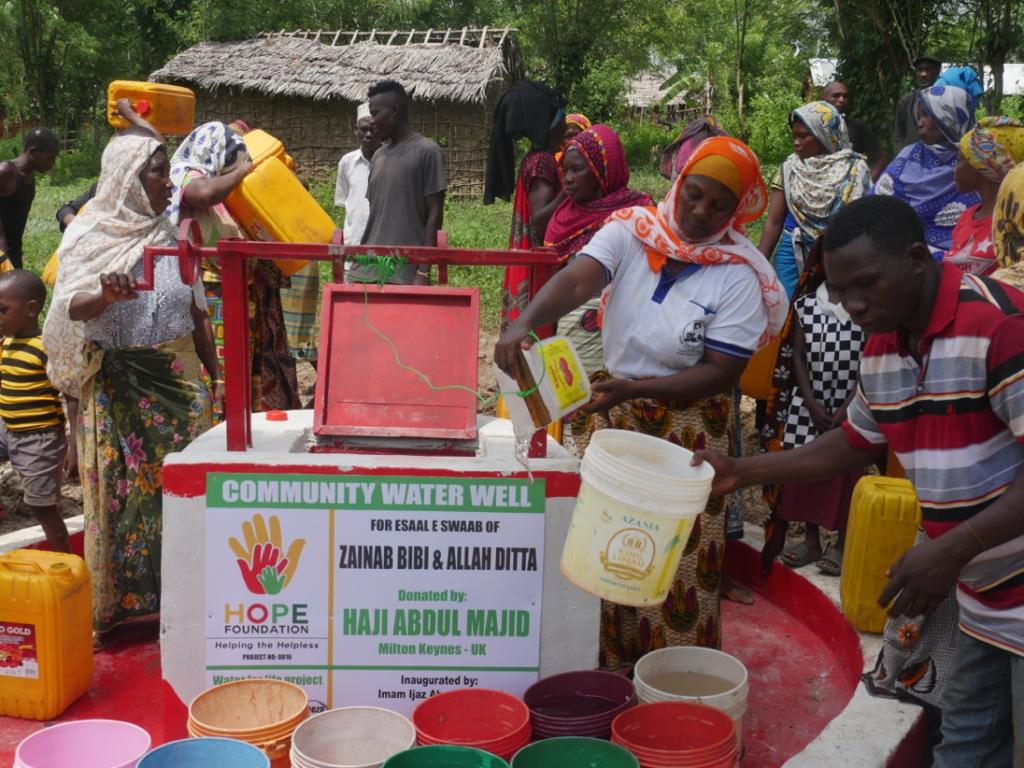 Water is fundamental to life, yet even today millions of people already struggling against poverty lack access to clean and safe water sources.

Clean and safe water improves health, it provides security and stability, it frees women and children from the daily chore of walking for hours to obtain water. That time can be devoted instead to pursuing education and livelihoods.

Through your generous donation we empower communities across Tanzania by giving them the means to improve the quality of their lives. Your donation enables us to dig wells and water stations.

For a donor who provides clean water as Sadaqah Jariyah, there are the rewards of ongoing blessings for themselves and their loved ones.

The Prophet (Peace be Upon Him) said the best form of charity is giving water (Hadith).

We place a plaque at the site for donors which can include the name of a loved one that they are donating it as Sadaqah Jariyah for.

Donors receive a full report, video and photos as part of our feedback process.

The Messenger of Allah (saw) said, ‘Whoever constructs a masjid for Allah, Allah will construct a house for him in Paradise’. (Bukhari)

A masjid is at the heart of any local Muslim community. It provides a place for its worshippers to pray and contemplate as well as being a hub for educational programmes and other everyday services. The role of the masjid is not only to strengthen the Imaan of the attendees but also to help people learn more about Islam and to nurture their moral and spiritual development.

By building a masjid you will not only earn the reward of providing a community with a house of Allah, but your Sadaqah Jariyah will continue giving benefit for generations to come in sha’ Allah.

A comprehensive need assessment is carried out before any location is selected for the building of a masjid. 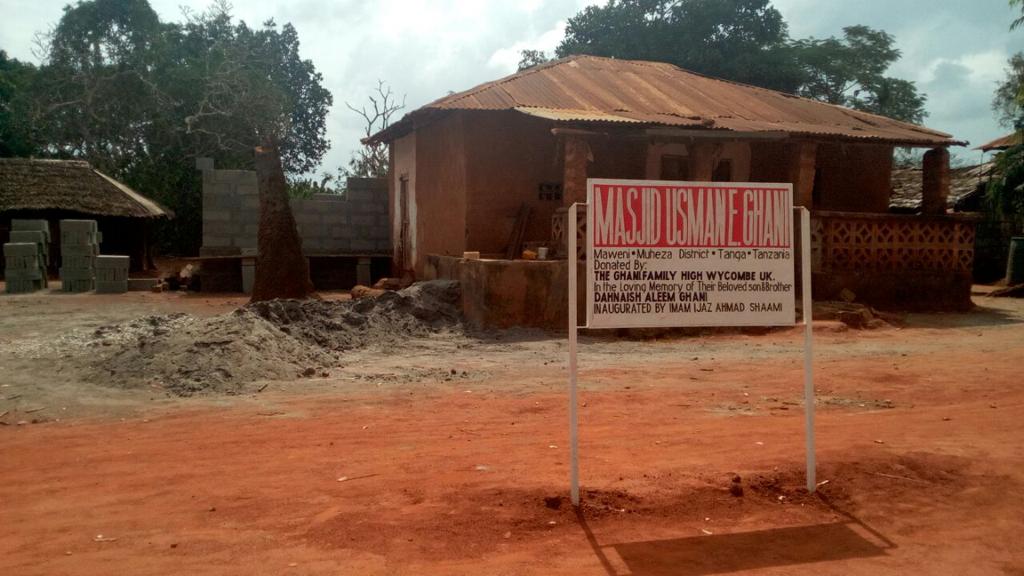 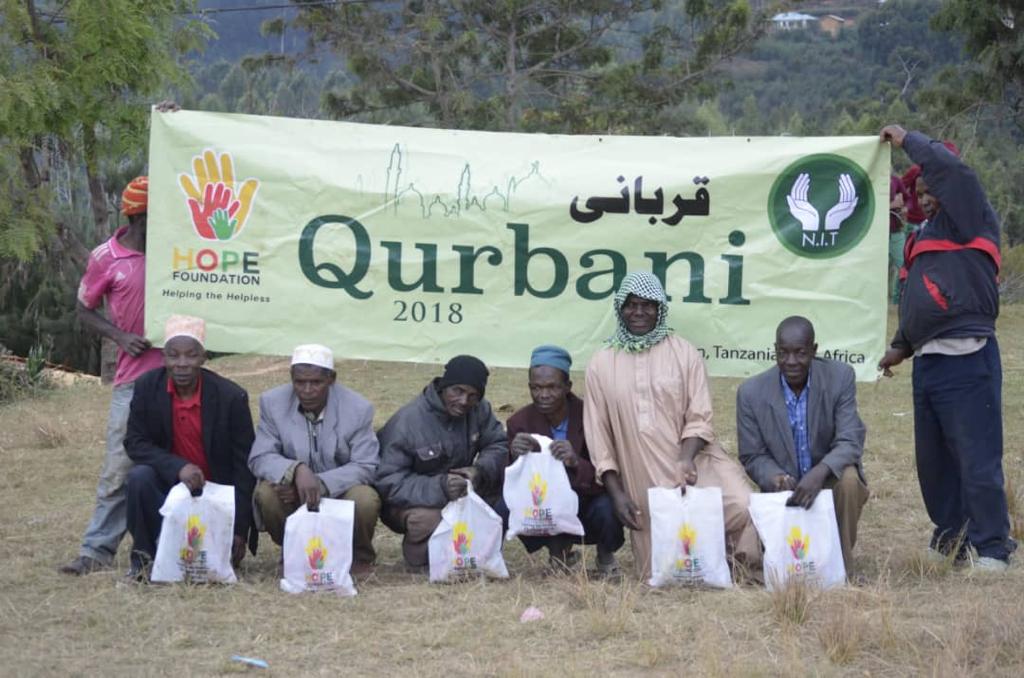 Qurbani means sacrifice. Every year during the Islamic month of Dhul Hijjah, Muslims around the world slaughter an animal – a goat, sheep, cow or camel – to reflect the Prophet Ibrahim’s willingness to sacrifice his son Ismail, for the sake of God.

The practice of Qurbani can be traced back to the Prophet Ibrahim, who dreamed that God ordered him to sacrifice his only son, Ismail. In his devotion to God, Ibrahim agreed to follow his dream and perform the sacrifice. But God intervened and sent a ram to be sacrificed in Ismail’s place.

Ismail was spared because Ibrahim proved he would sacrifice his son as an act of piety, despite the loss it would have caused him. The continued practice of sacrifice acts as a reminder of Ibrahim’s obedience to God.

Eid-al-Adha, the Festival of Sacrifice, is celebrated during the twelfth month of the Islamic calendar, known as Dhul Hijjah – which translates as ‘Lord of the Pilgrimage’. It is during this month that pilgrims travel to Mecca in order to visit the Kaaba. Hajj is performed on the eighth, ninth and tenth days of the lunar month. Eid ul-Adha begins on the tenth and ends on the 13th.

The team of Hope Foundation not only carry out the sacrifice we go a step further, The meat is distributed fresh to the most needy Muslims, some who only have this privilege of eating meat during these festive days.

Those who receive the Qurbani meat include widowed women, orphaned children, poor, elderly or the disabled people.

When families receive Qurbani meat, it fosters a real sense of hope for them and allows them to celebrate this important occasion along with millions of other Muslims across the world.